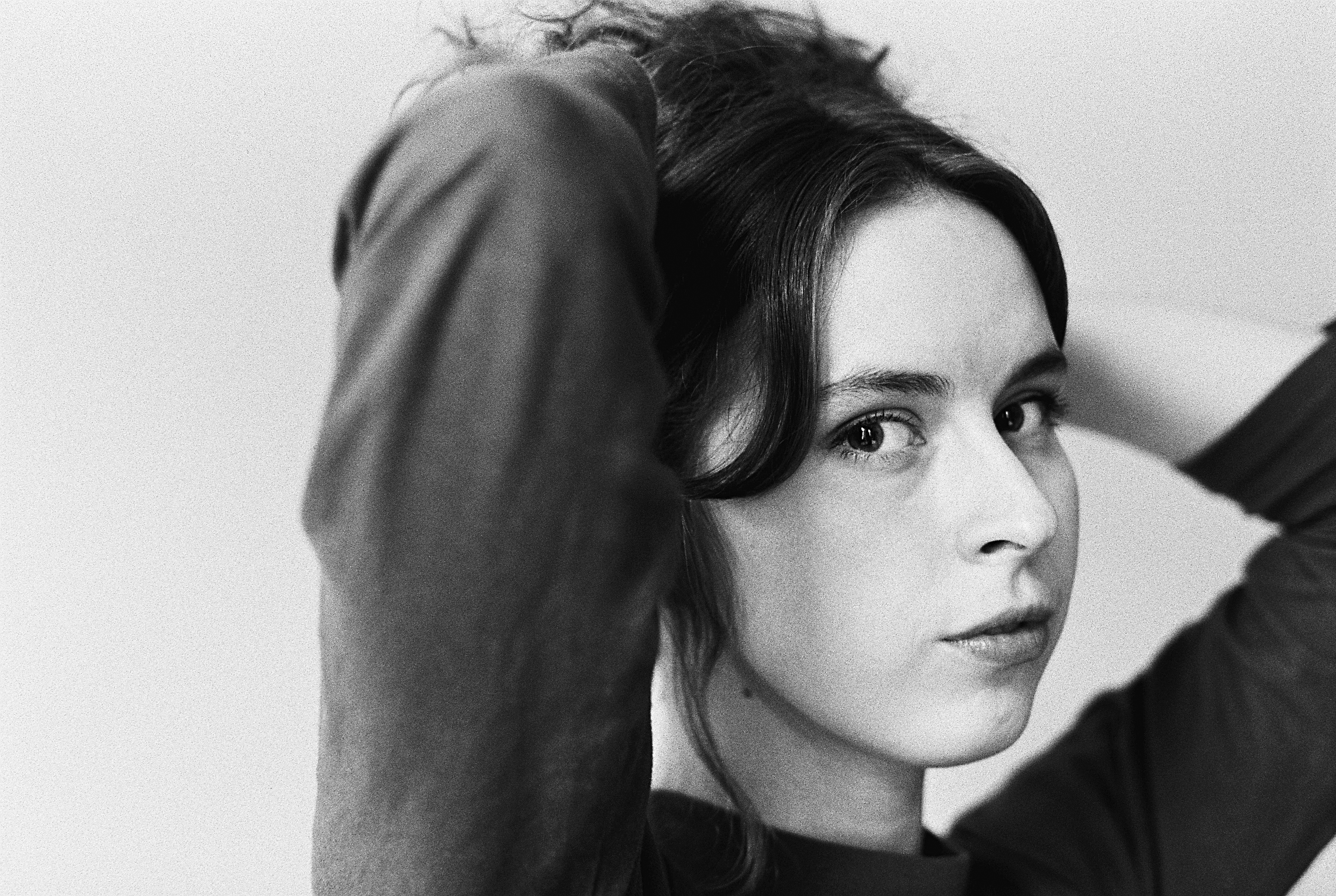 Laura Franzmann (born in Wismar, Germany, 1990) studied sculpture and time-based media under Matt Mullican at the Hochschule für Bildende Künste Hamburg (HFBK) and at Goldsmiths, University of London. She graduated from HFBK Hamburg in 2017 with an MFA. She currently lives and works in Hamburg.

Laura Franzmann’s work calls into question the boundaries of the self that emerge in private and societal artifacts. Her works trace the process of her investigation of how cultural and historical objects, which are mostly created to map or comfort the human form, are shaped by their interconnection to the body. Her interest centers on imprinting the subject associated with these objects. Although her work focuses primarily on the relationship between the virtual construct and its materialized spatial translation, it does not lack a special fascination with sensual physical experience and the urge to touch.

Laura’s works can also be seen during It takes two at Galerie Wassermühle Trittau from October 12th till November 10th 2019.

About Laura’s edition for leikela:

Edition: Watercolor on Japanese washi paper and bamboo, hand-painted, edition of 20, 39 x 27 cm (additional tails and strings), 2019. Note: The kite can be flown and combined to make a kite train.

Tissue Dako, with its bamboo framework and white strings for additional tension, is a Japanese-style kite that is a variation on the traditional kite type called Kaku Dako. A hand-painted motif on Washi paper forms the kite-skin, which is modeled to create a juxtaposition of various influences. The painted motif recalls the shape of a face, abstracted and falsified. For Laura, the human face needs to be reduced to its structural components to be used in a purely ornamental form. She not only works with UV-Maps that were developed in the context of modeling a 3D-human figure, but also other schematic plans of the human face, muscle and bone structure, hidden just under our skin. The painting is also reminiscent of imprints of faces on paper, which is a more abstract yet direct form of self-portrait. Drawing from these various conditions of the human face, she creates paintings that are able to simultaneously (re)present it from the outside and inside, what is open for all to see and what lies hidden just beneath the skin. Just as faces in their various forms need to be animated by muscles, or a program, to move and be read by others, the kite is animated by air and its face starts to move as well. The kite-skin itself dissolves the idea of the skin as a barrier that separates the exterior appearance from its fleshy components or that separates the human body from the metaphysical concepts of it. What you see is what you get. 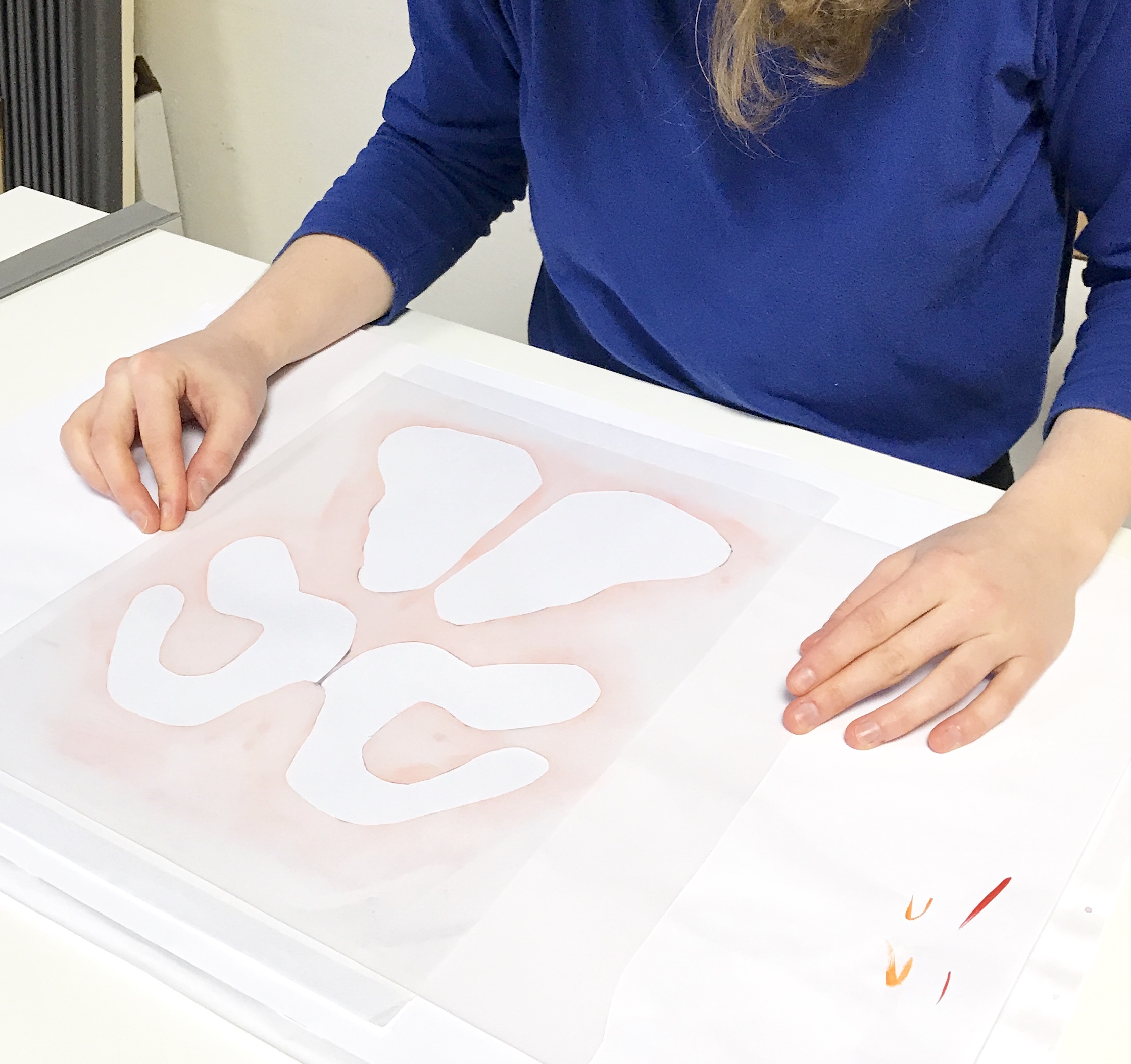 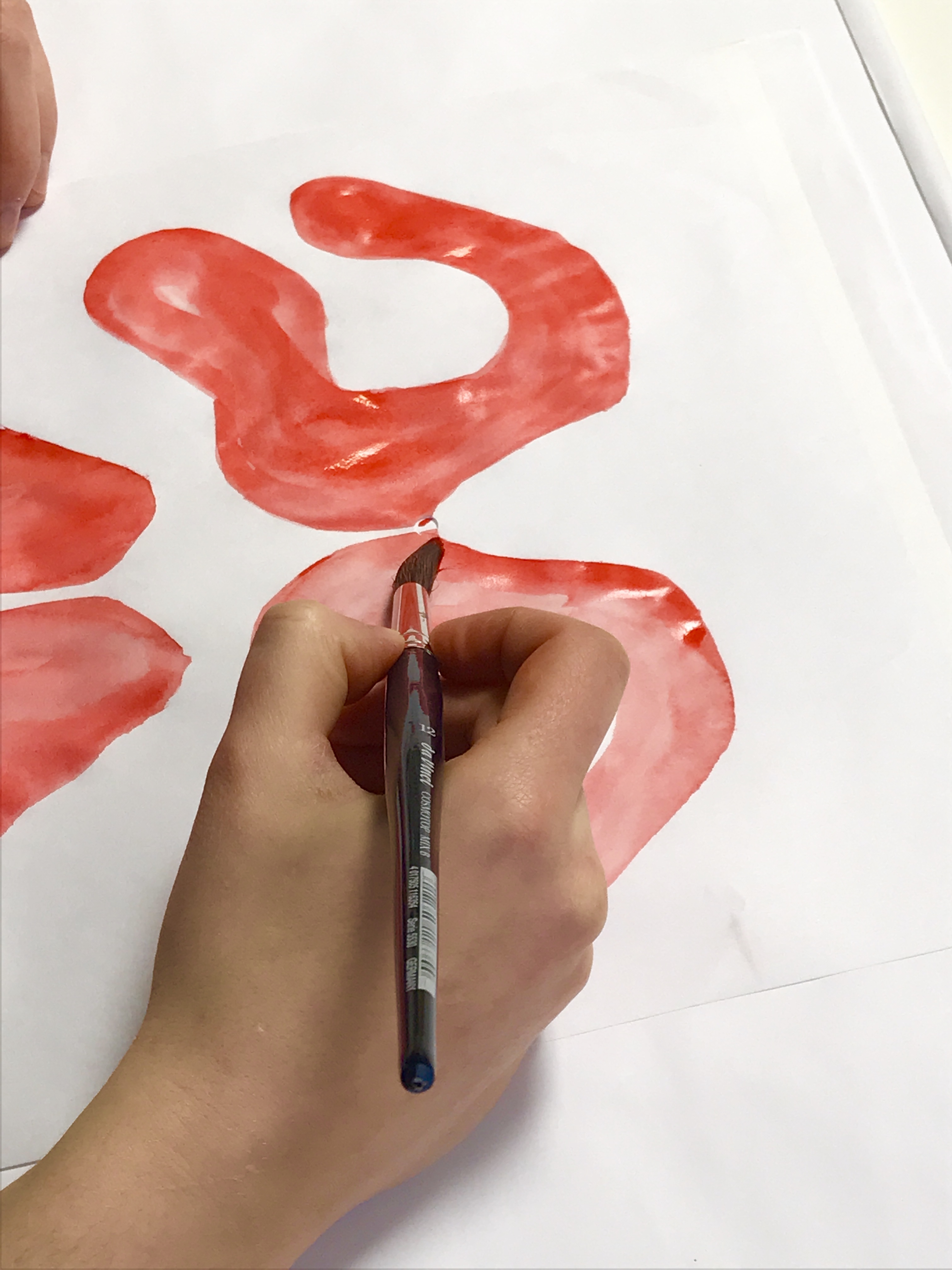 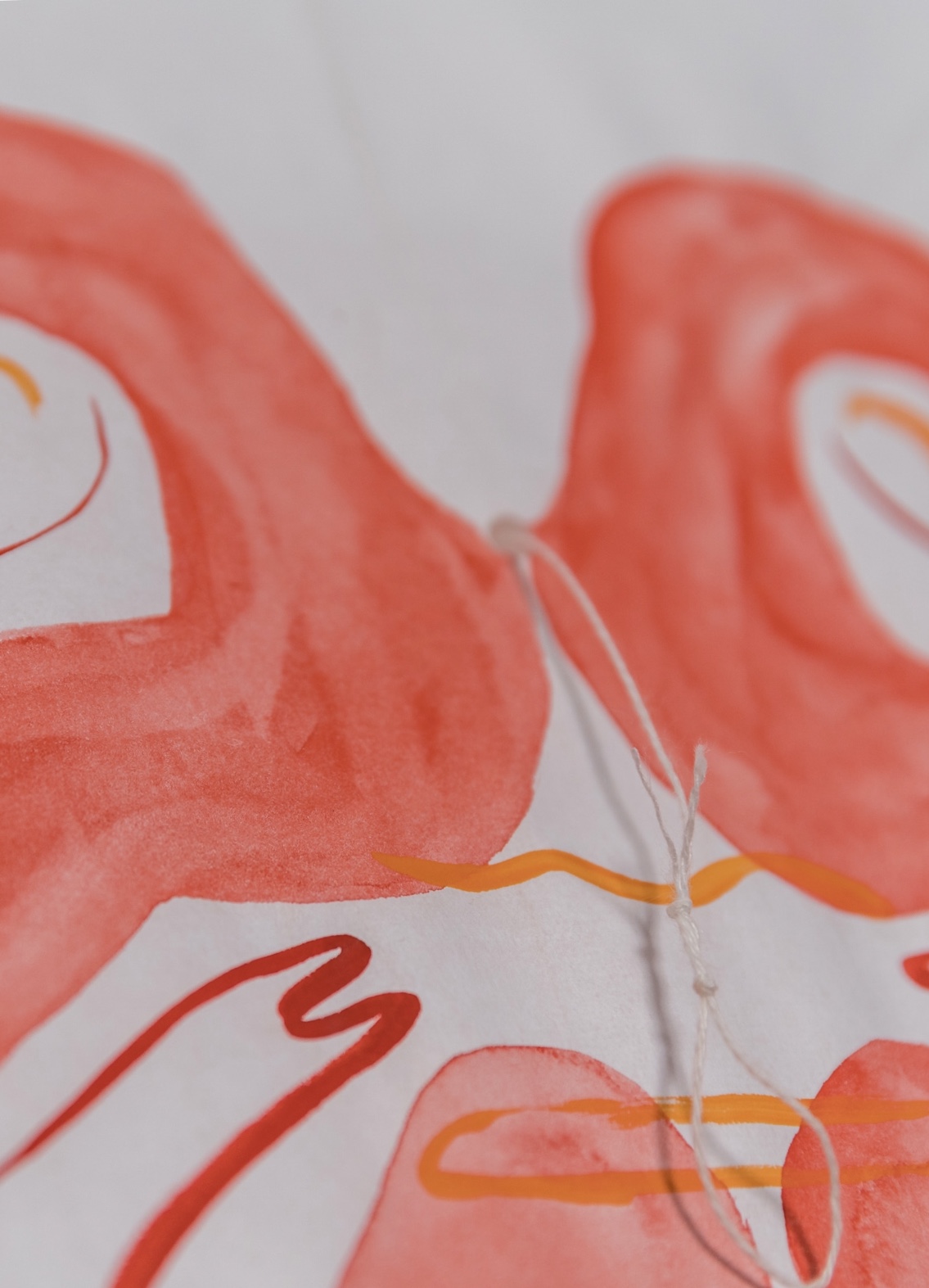 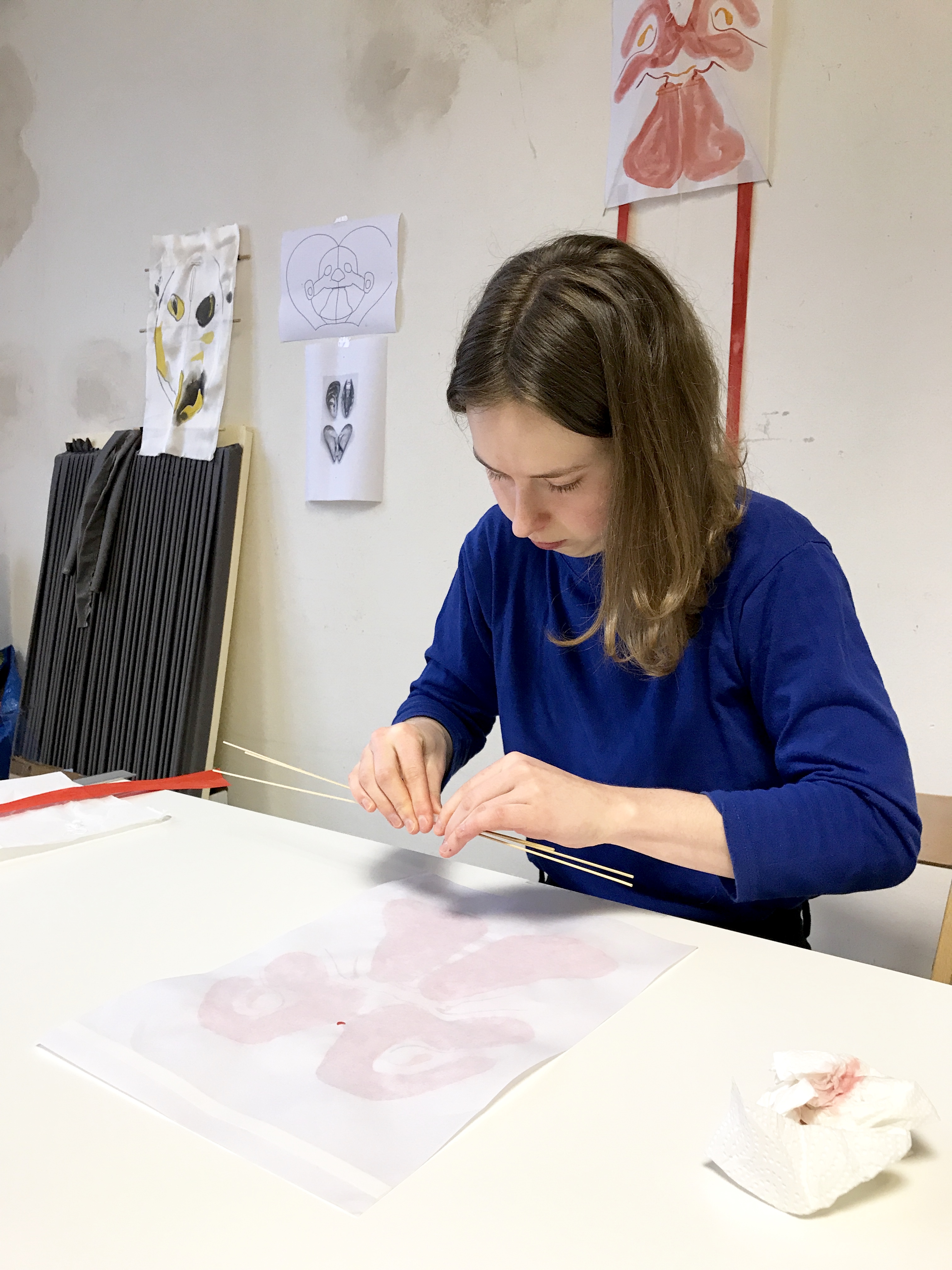 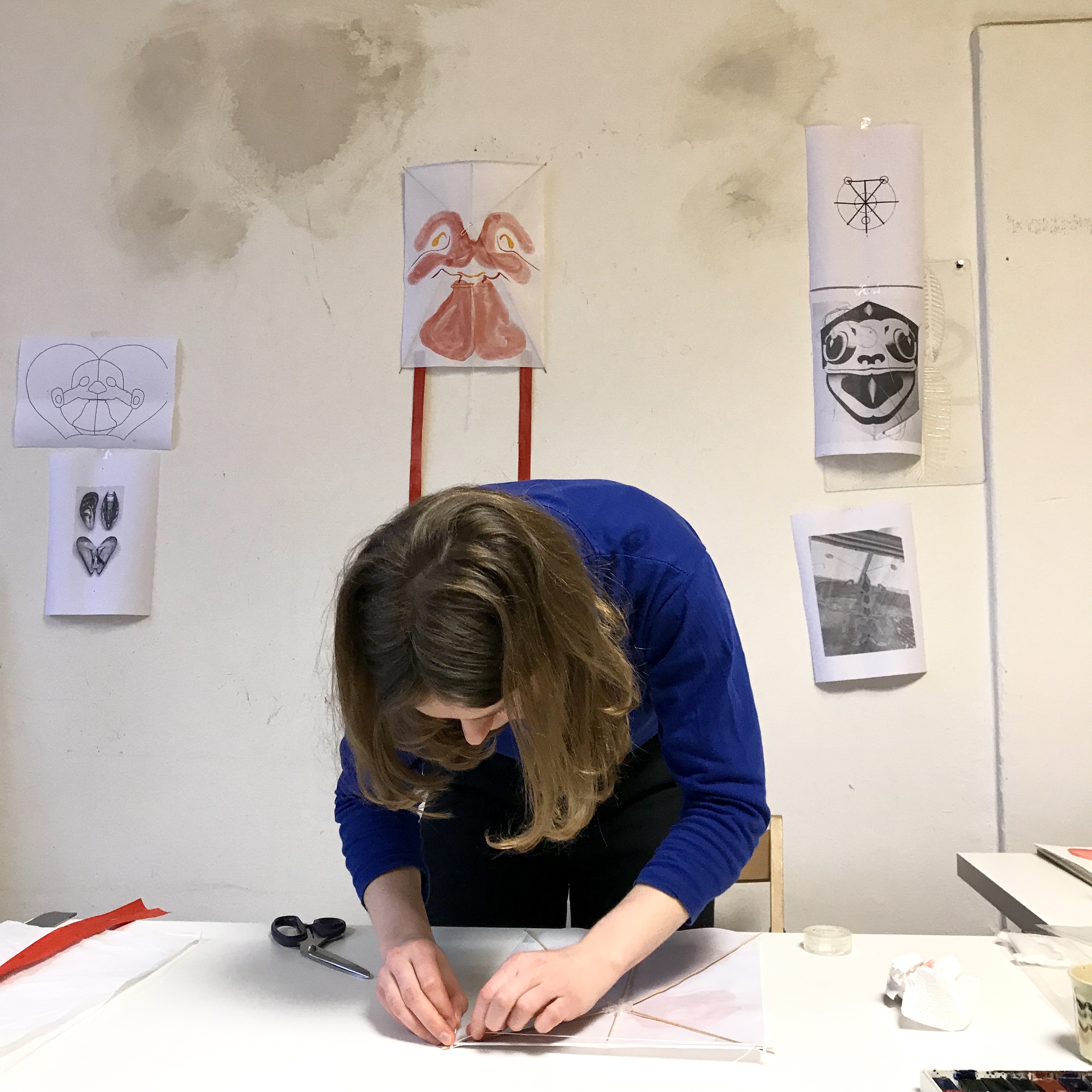 Other works by Laura: 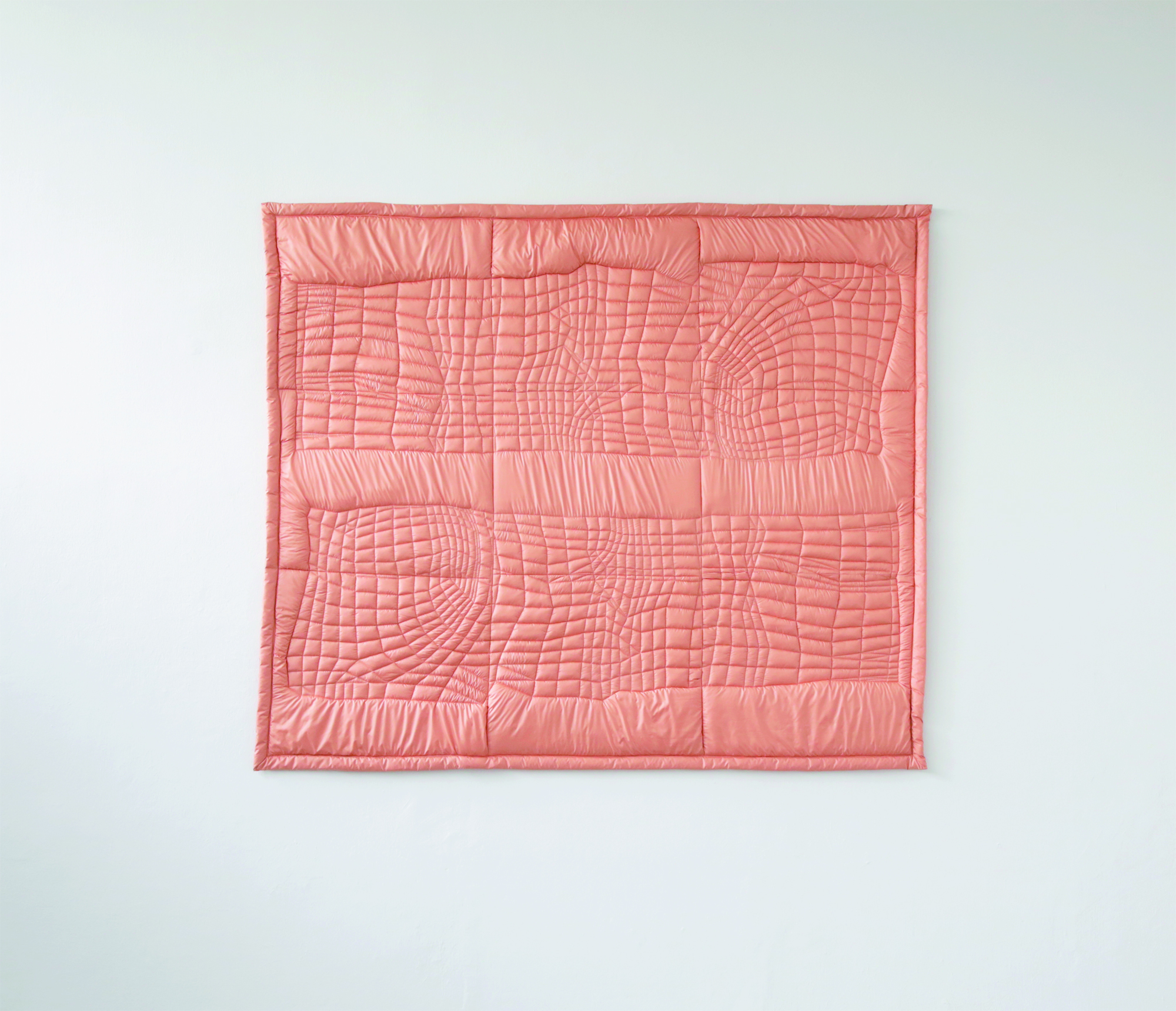 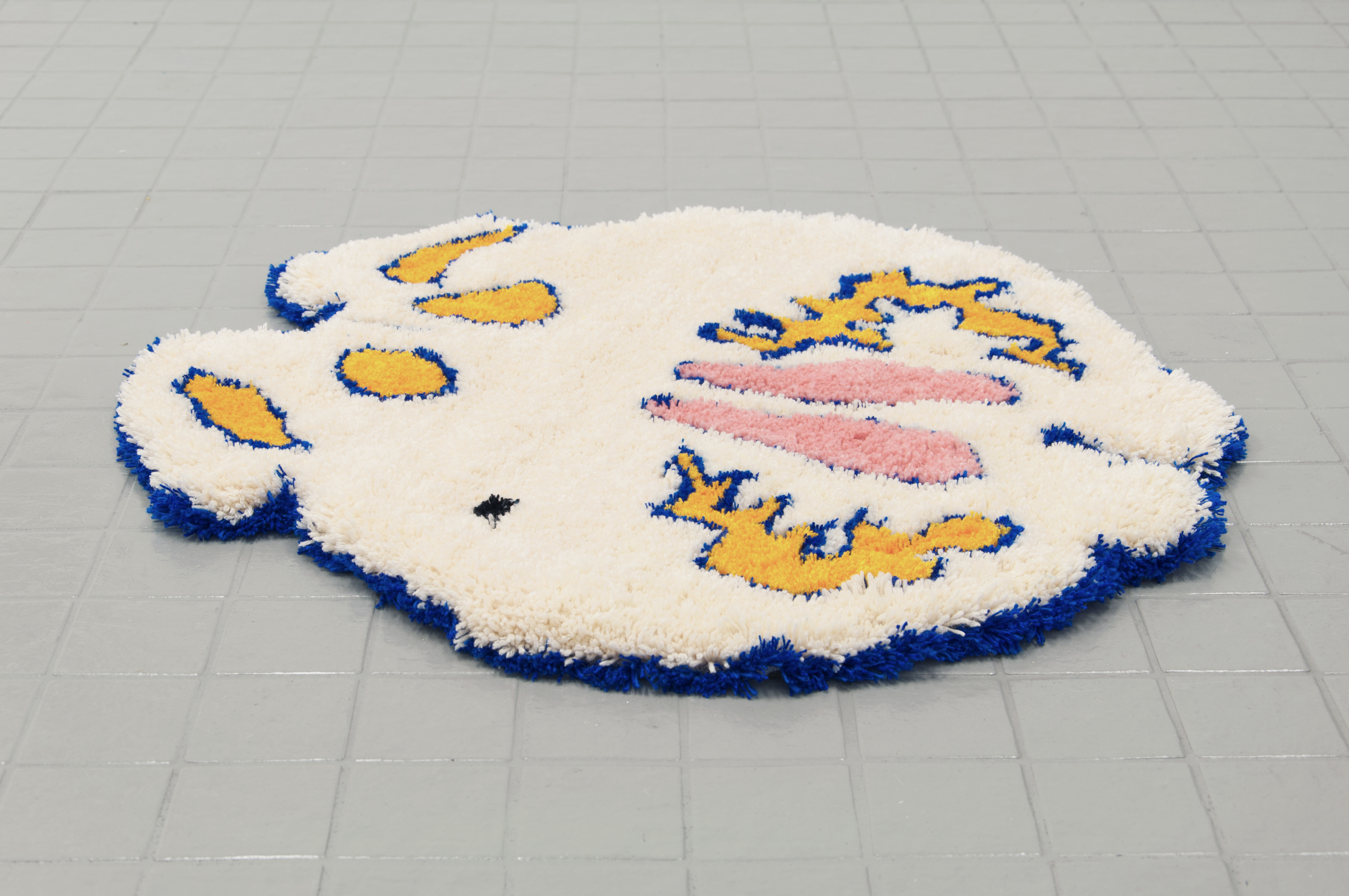 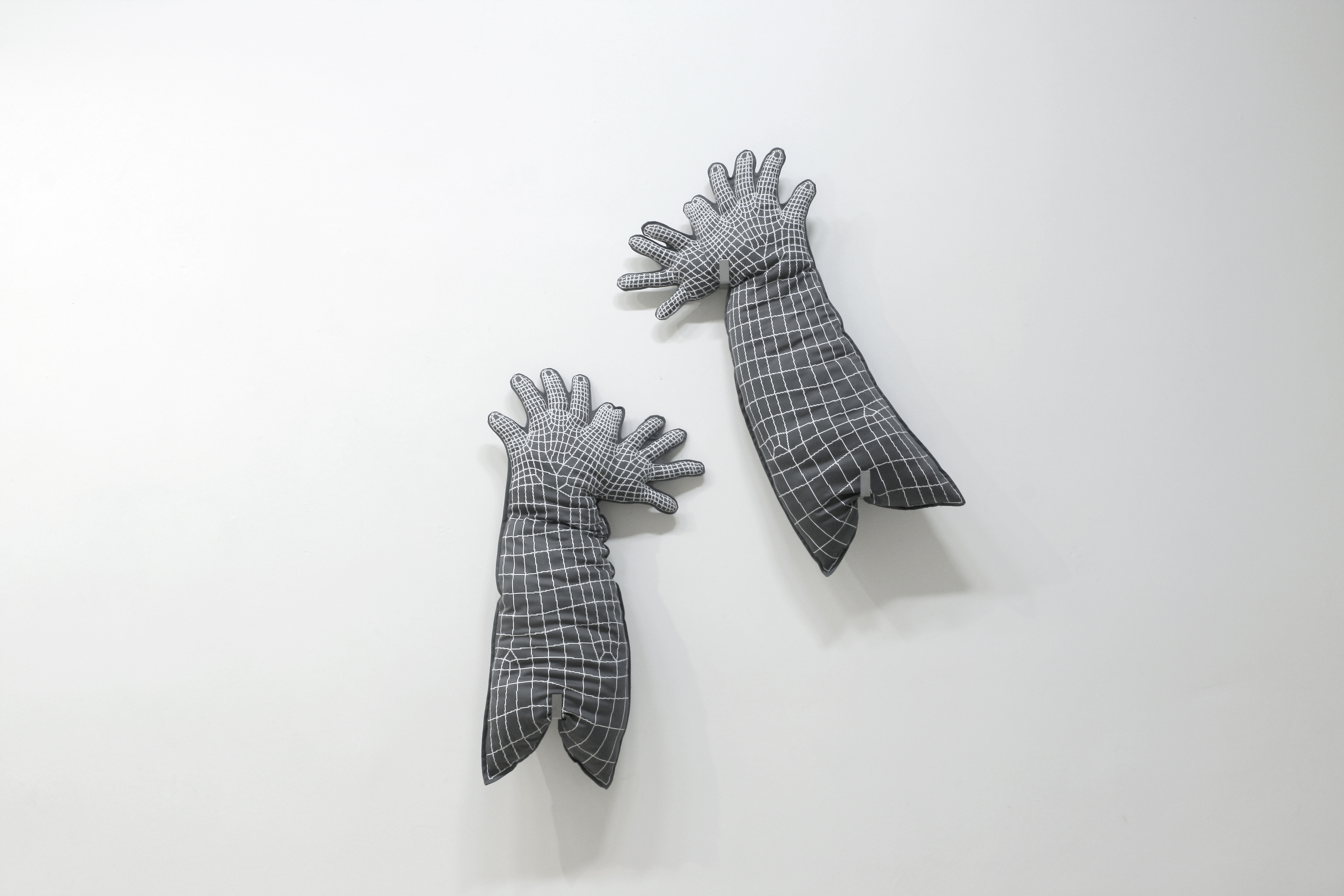 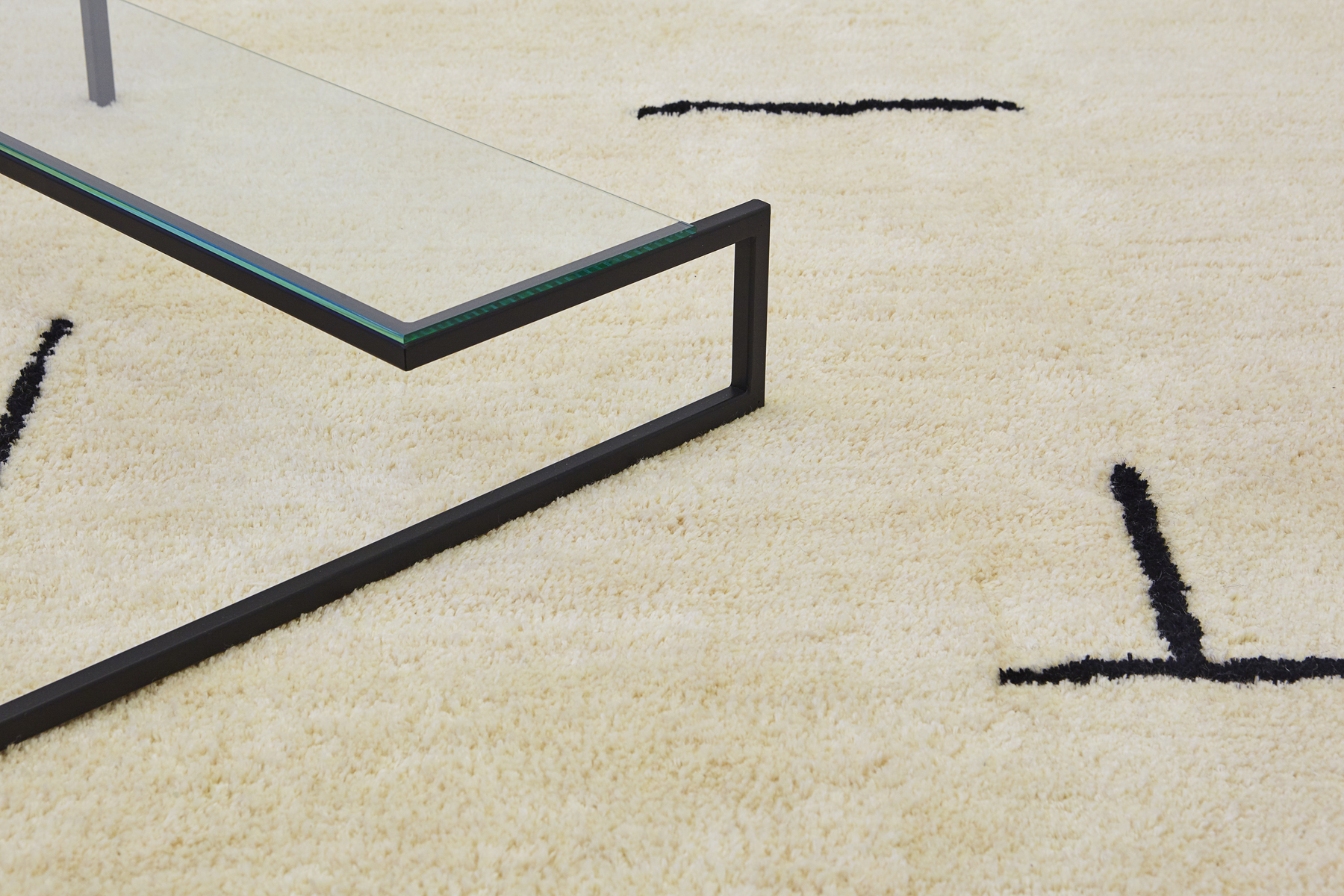