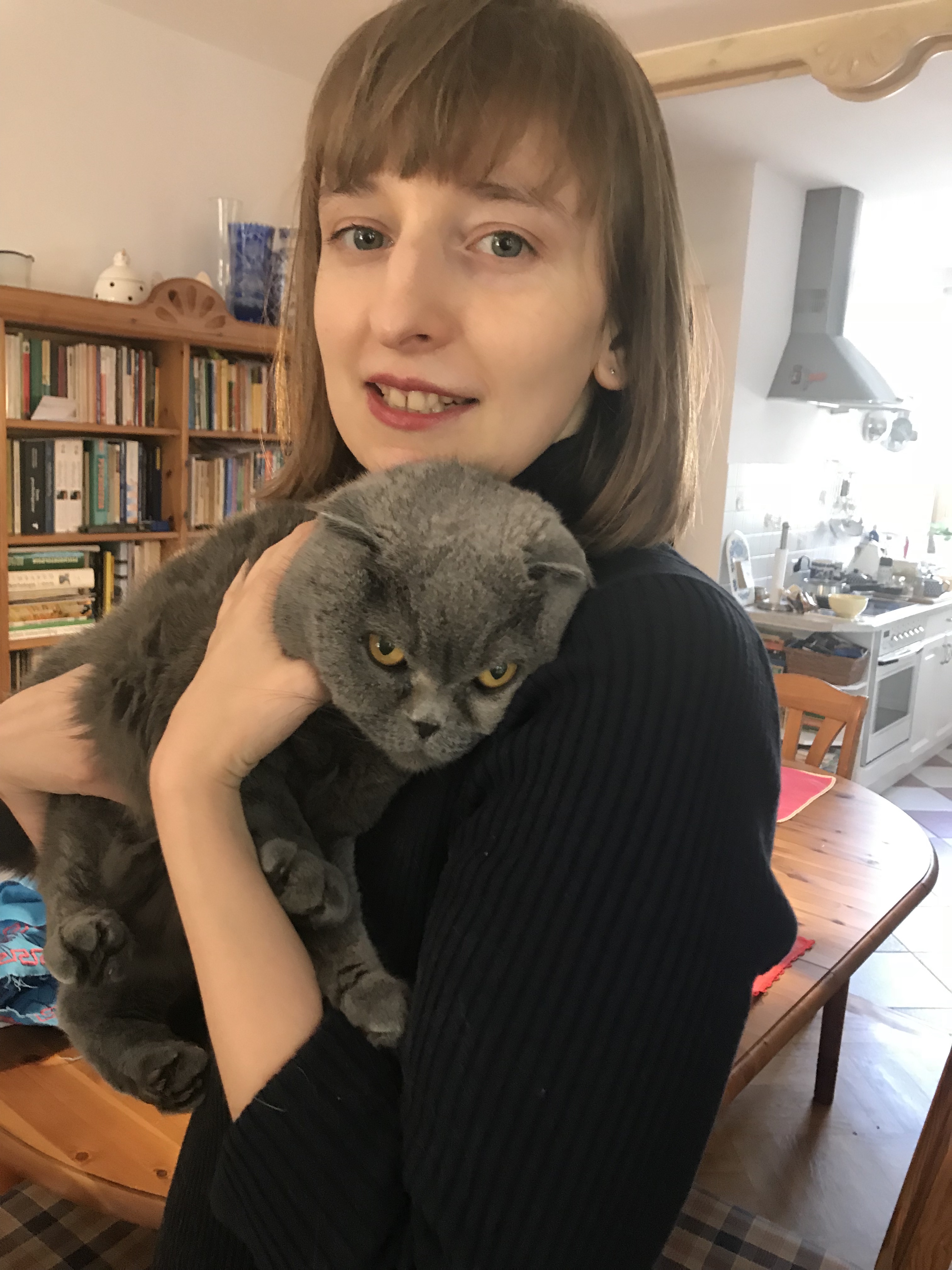 About Magdalena’s edition for leikela:

In her leikela edition, Kita reconsiders the football scarf, particularly the elaborate, unlicensed, and DIY-made models worn by Eastern European fan groups, formerly associated only with hooligan culture and the most brutal form of hegemonic male social supremacy.

Using a palette featuring the pre-modern colors of masculinity – tones of pink and purple – she confers a vision of two female characters (stylized portraits of the artist and commissioner) in a subtropical fantasy climate. Gurgling volcanoes, Polynesian floral patterns, and luscious fruits pose a biblical temptation, the women aiming to entice others into their revolutionary social concepts and institute an antisocial elegance.

Kita previously used wearable textiles in her project “Californication”, where a large group of hand-painted towels was paraded by groups of men in public, and in a commission to produce commemorative silk scarves for the graduation classes at Kunstakademie Düsseldorf. 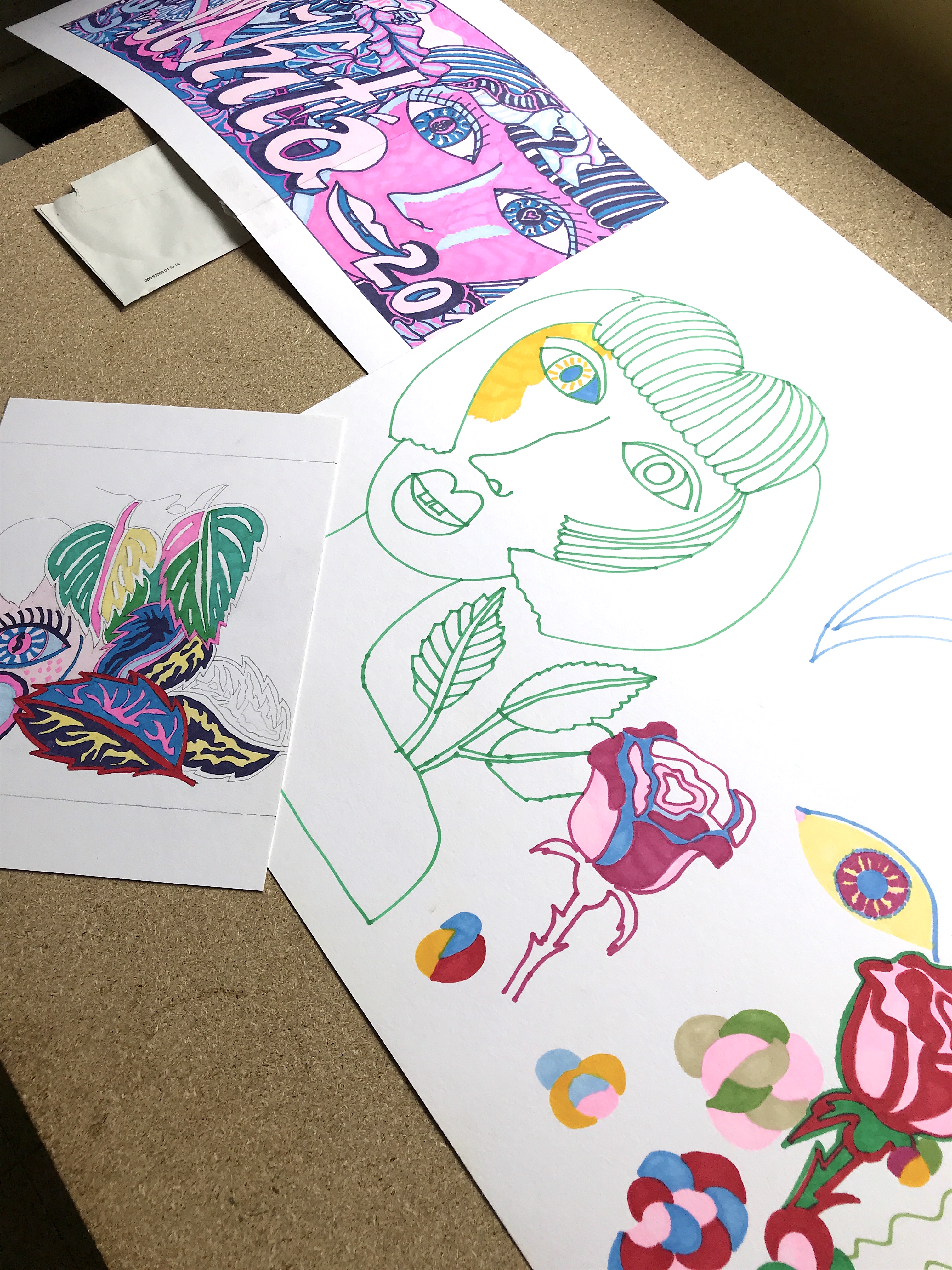 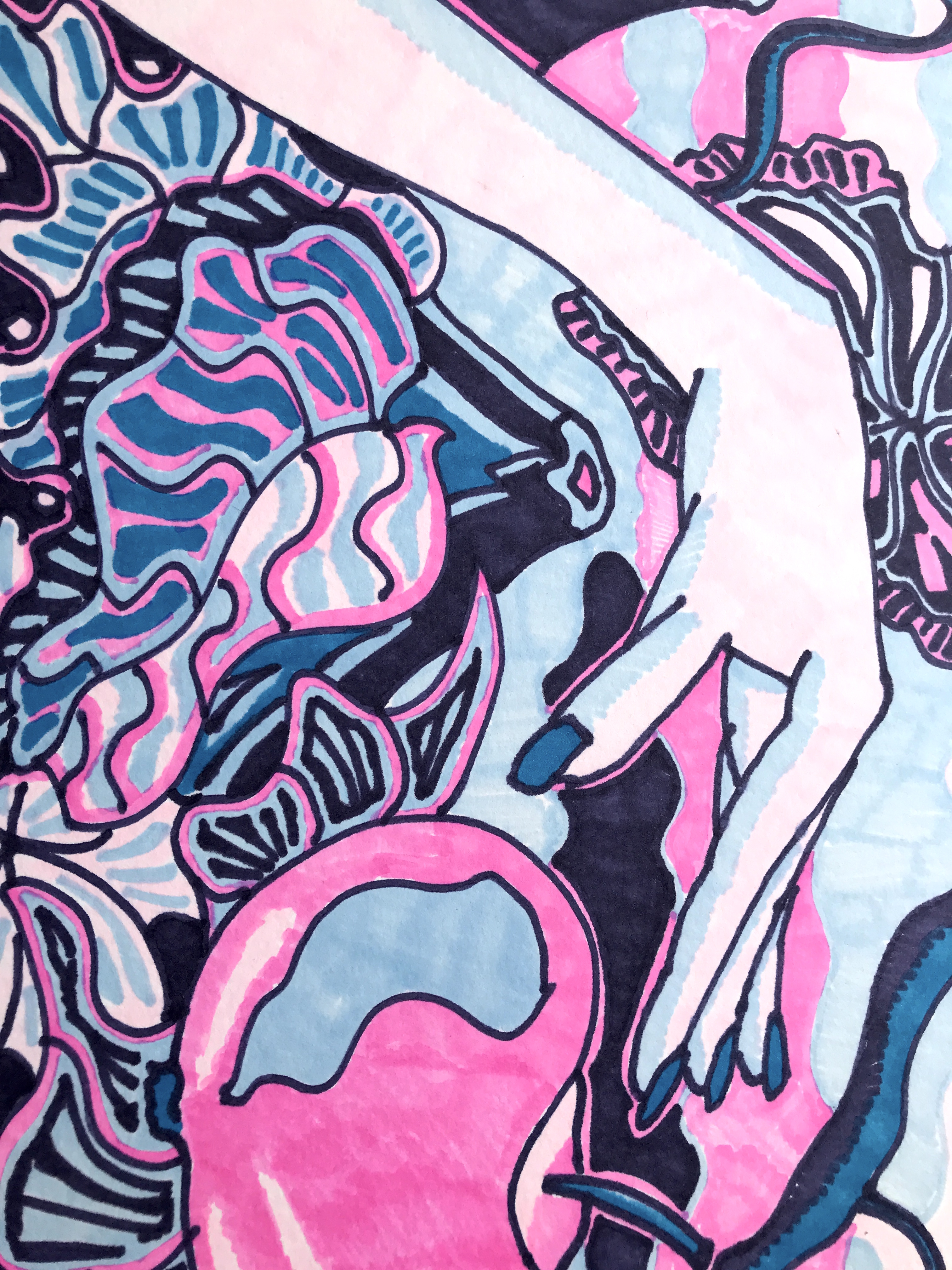 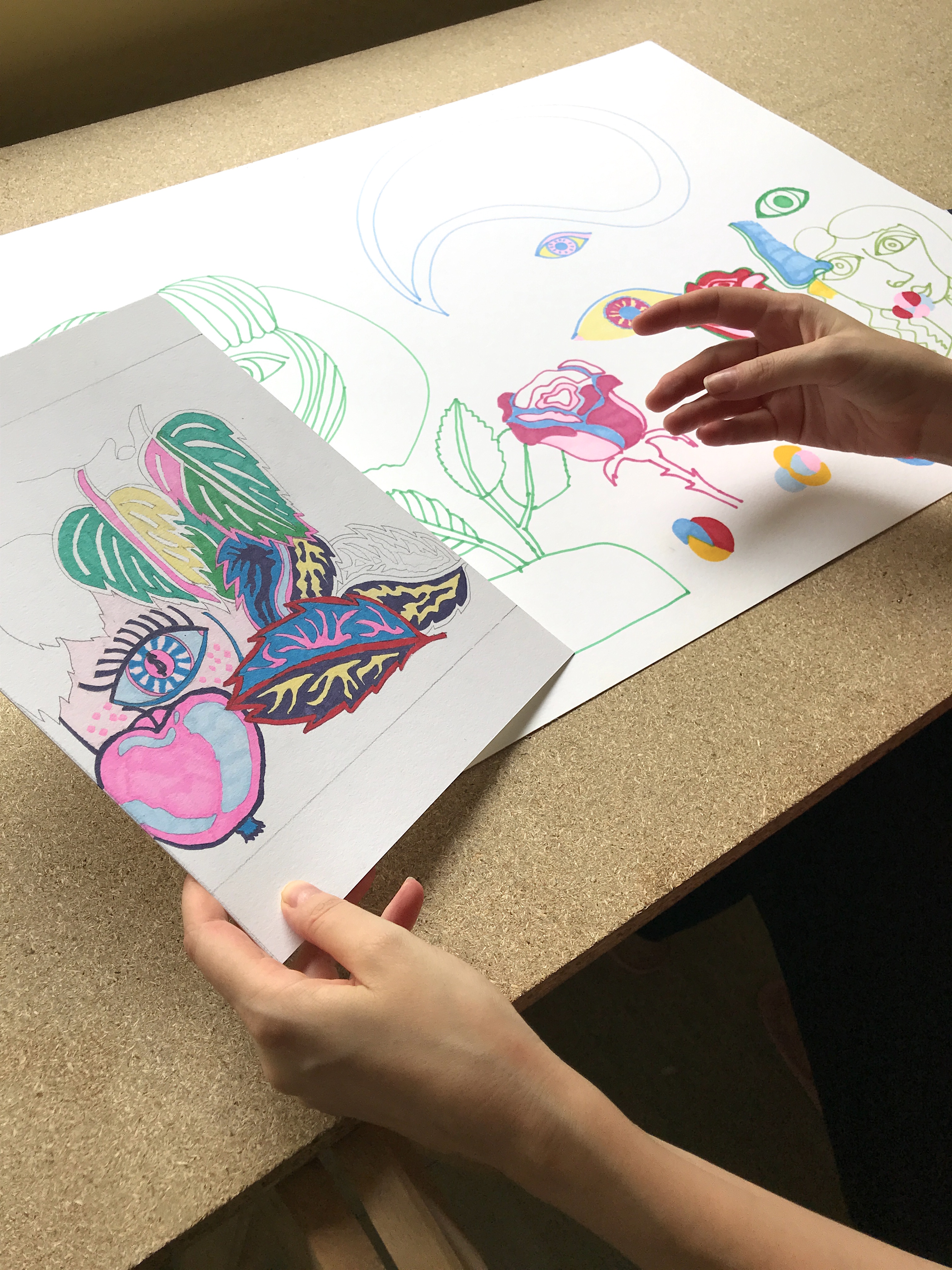 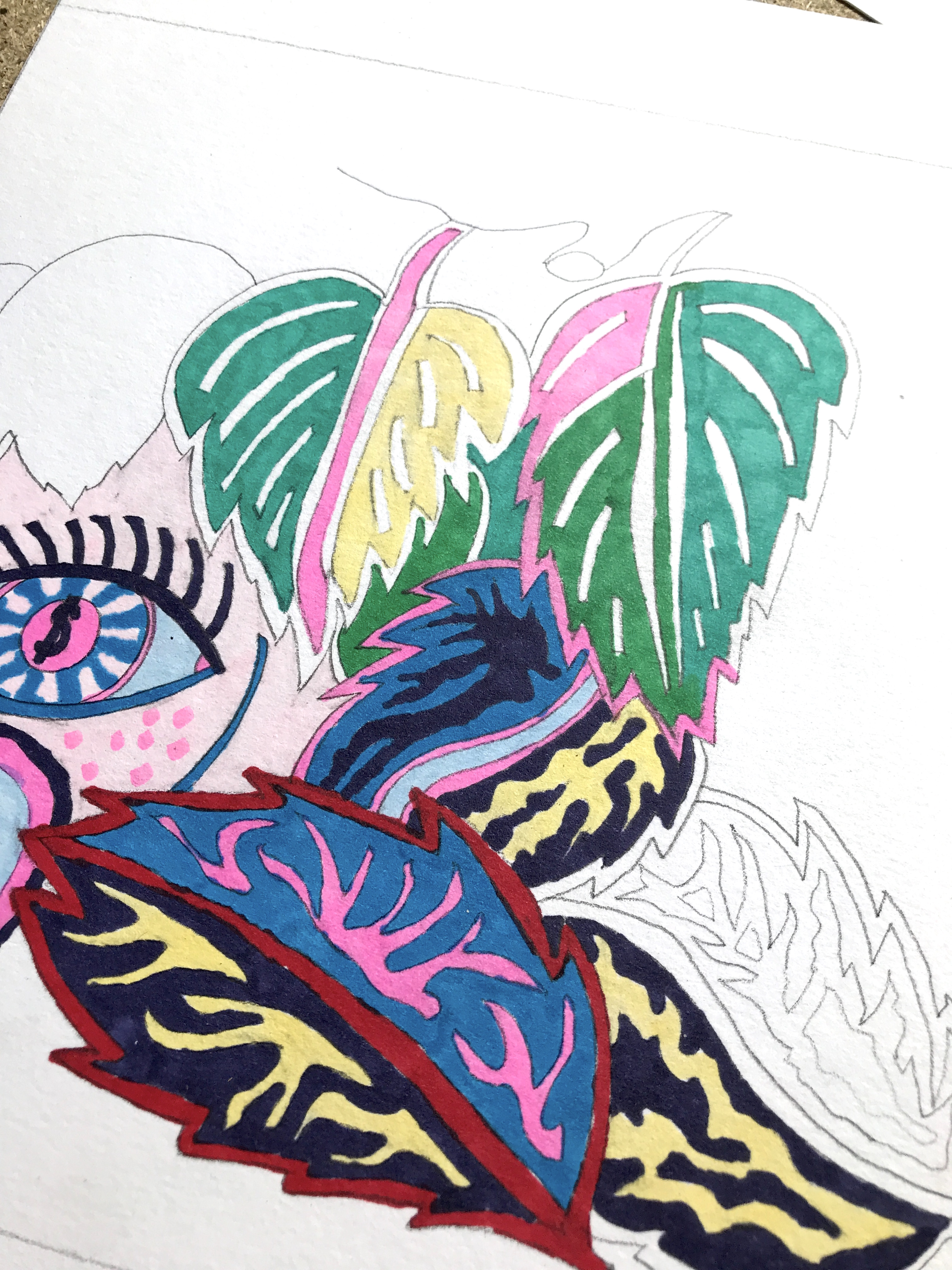 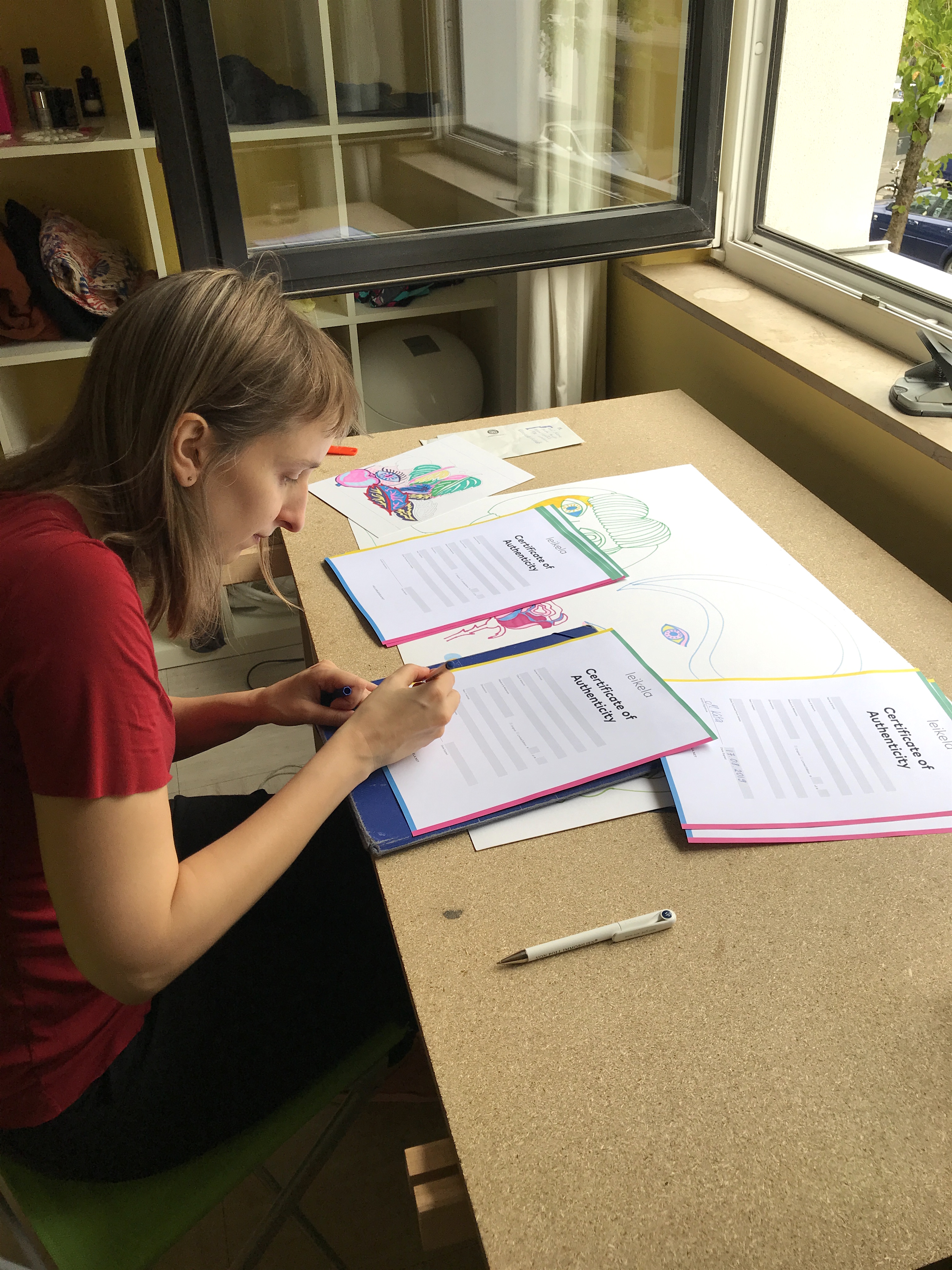 Other works by Magdalena: 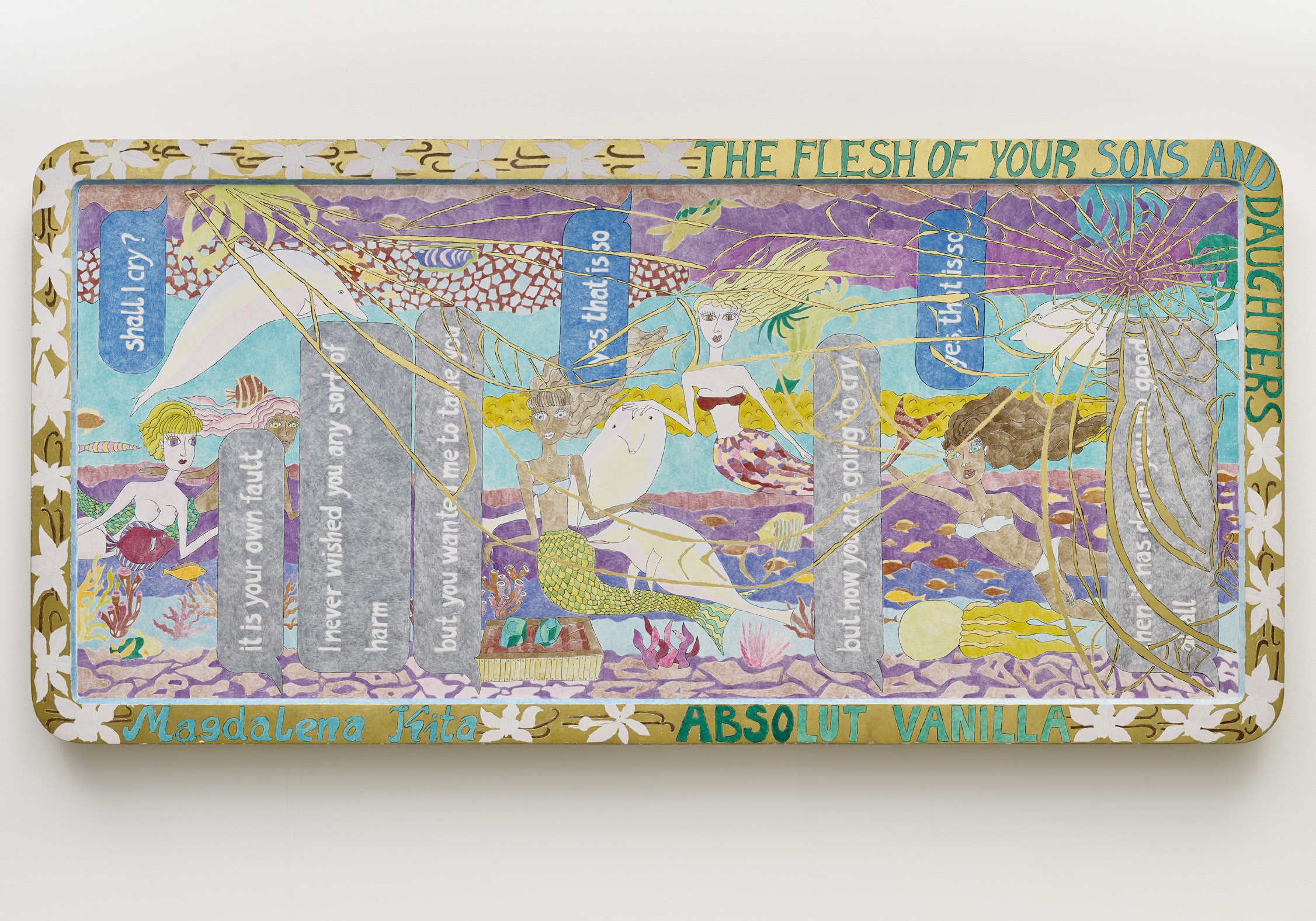 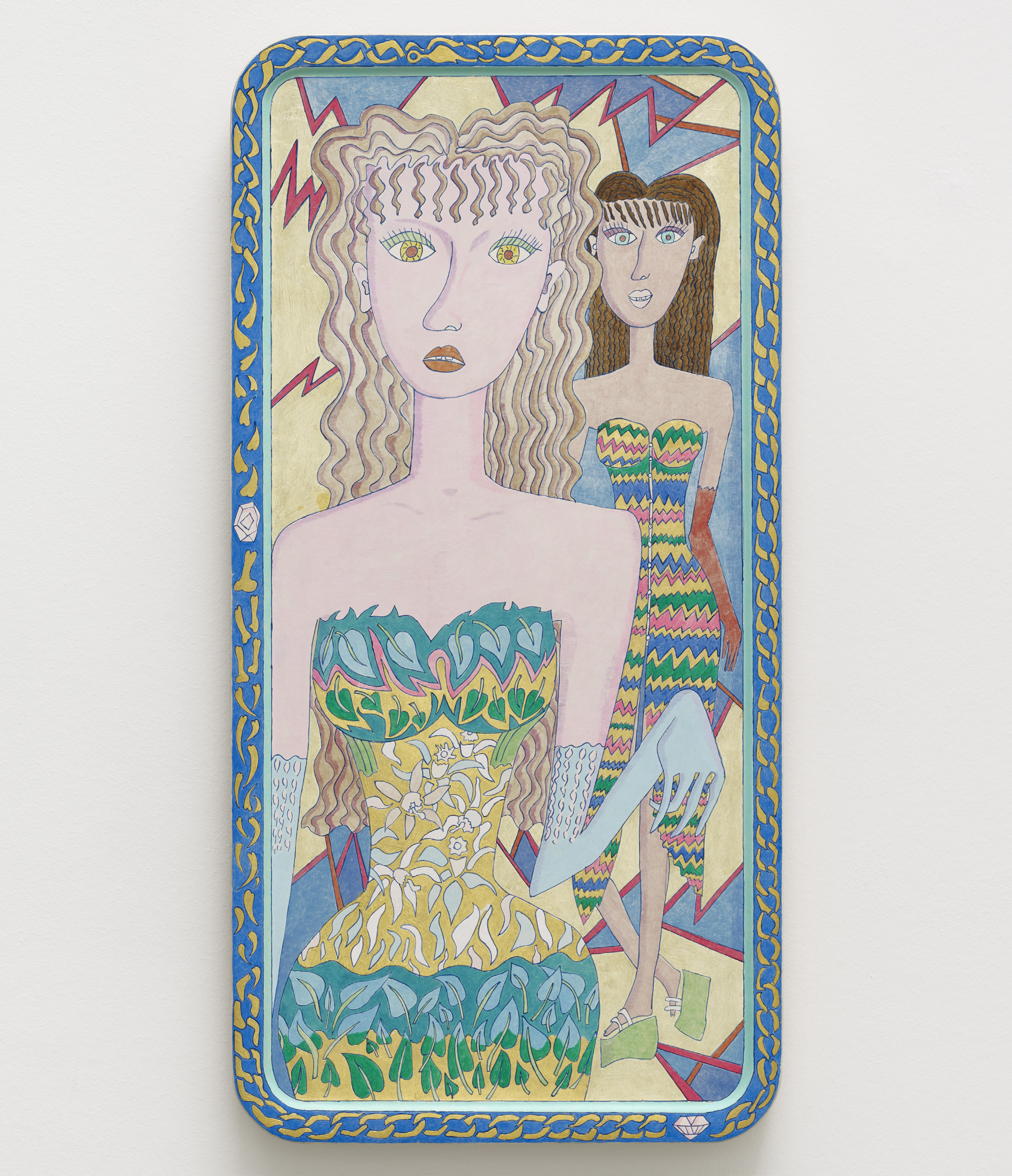 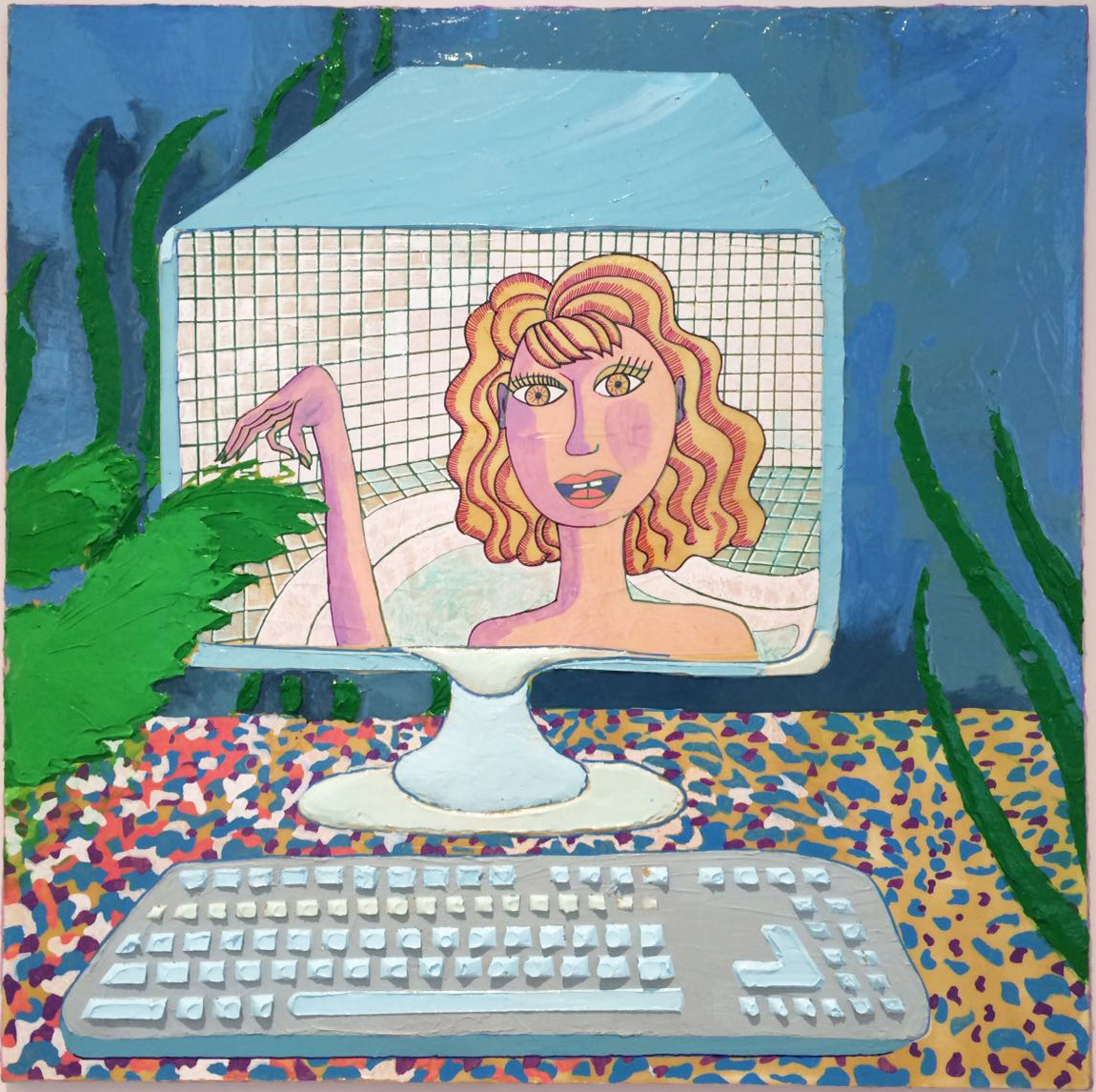 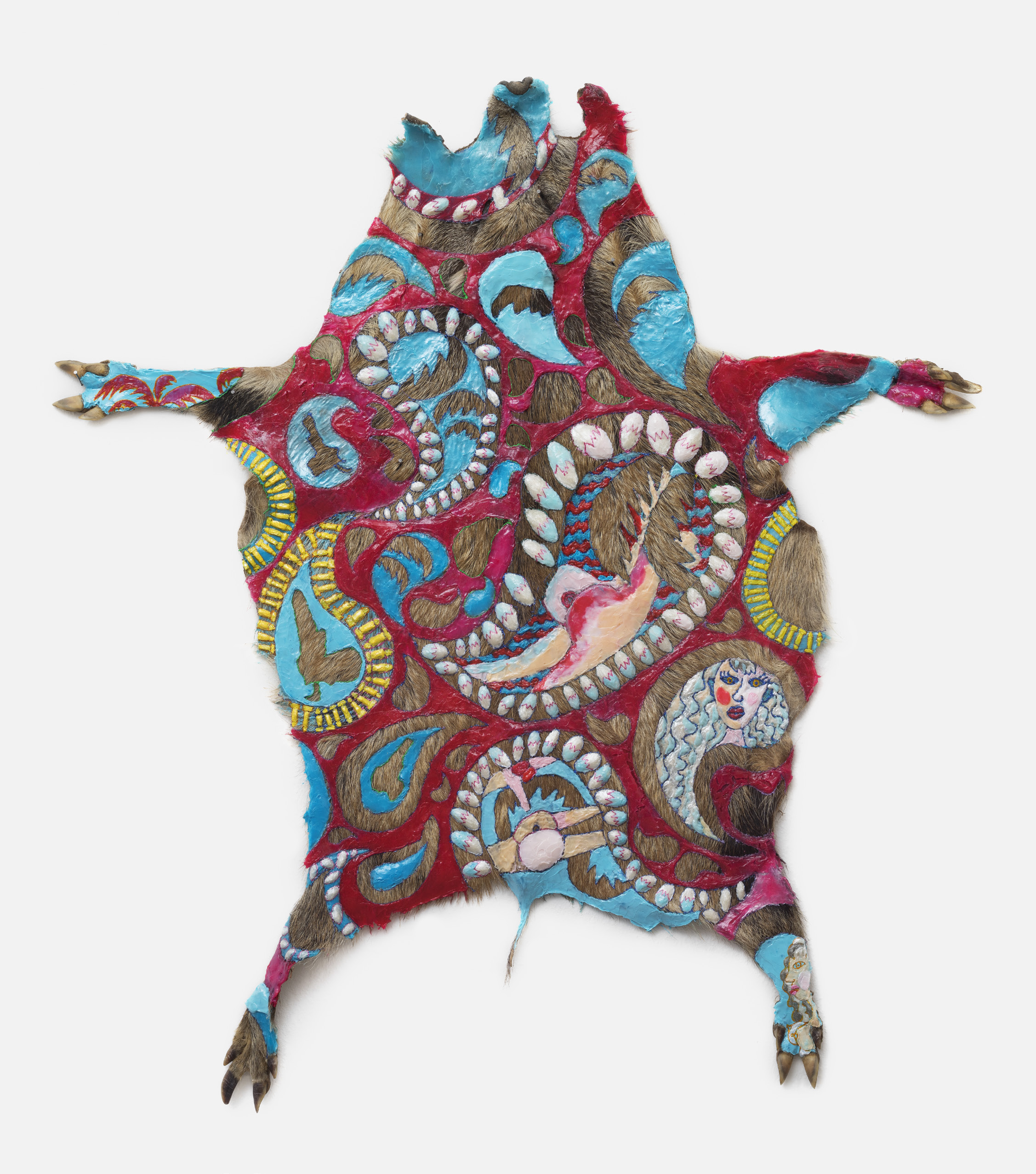 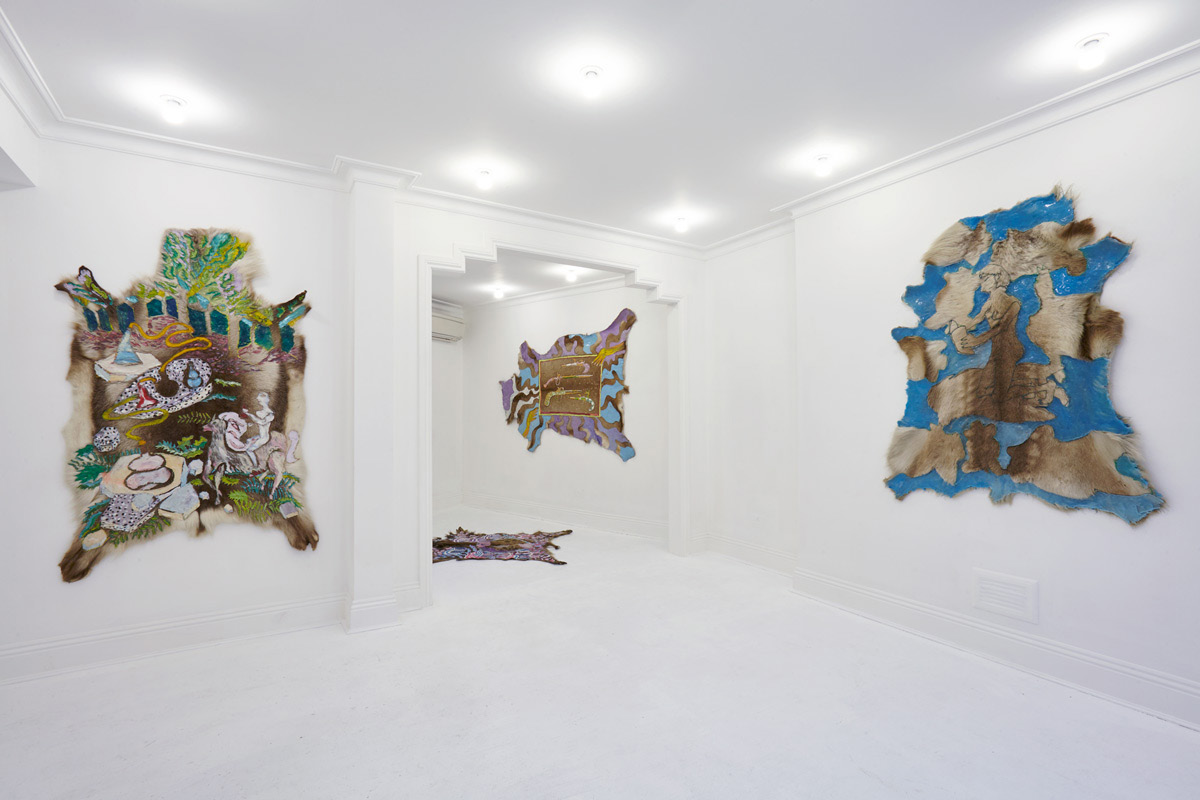 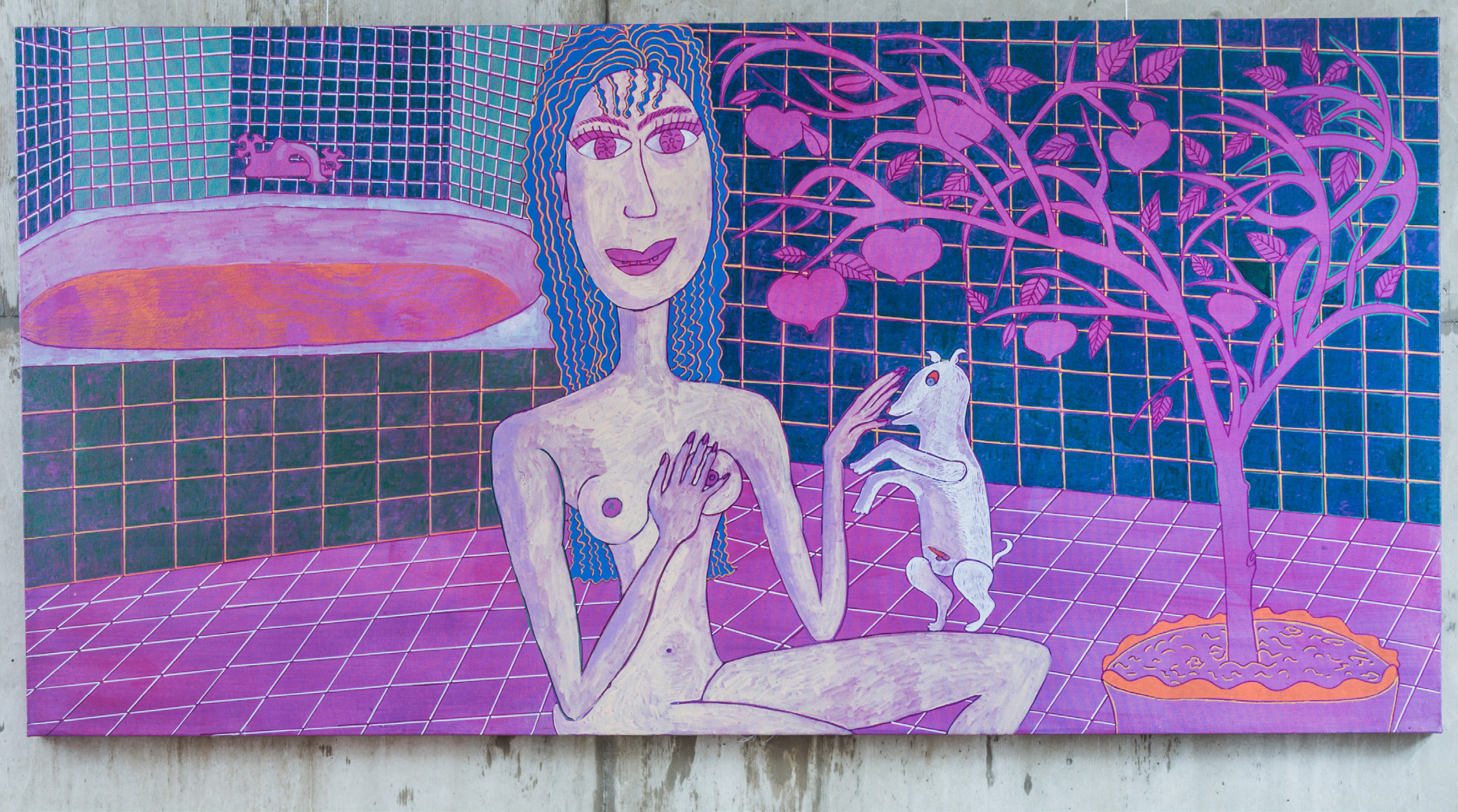