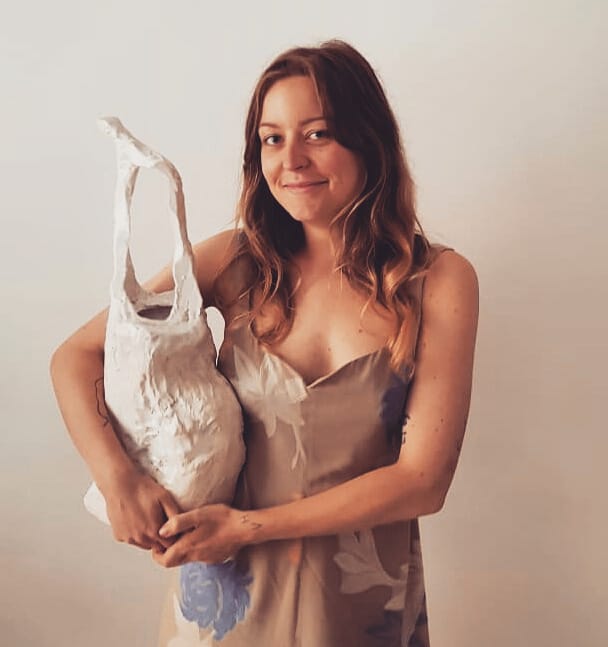 Tahnee Godt explores the importance of material and materiality by experimenting with enduring materials like clay, metal, concrete and stone but also with ephemeral organic substances such as wax, honey and blood. Her artwork is situated within the overall context of “monumentality”. The significance of the physical monument in times of digitalization and the construction and deconstruction of remembrance through material are topics Tahnee approaches within her sculptures and objects. The materials themselves evoke themes like permanence and ephemerality. Ceramic becomes solid once dried and fired and this transition of the material from shapeable to enduring suggests a new way of remembrance, a monument of materialized traces.

About Tahnee’s edition for leikela

When forming the sculpture from clay and also during firing the fragile structures are forced to keep upright without support. Still, they bend and morph, wrinkles are burnt into the surface and the objects fight themselves during this process of transformation. This is the reason why the pieces of the edition vary slightly in color and form.

The form of the sculpture reminds of stalagmites – a rock formation that rises from the floor of a cave due to the aggregation of material deposited on the floor from ceiling drippings. At the same time the form of the object reminds of a bony hand reaching out for something or possibly showing a welcoming gesture. The gesture is trapped however, petrified, which relates strongly to the theme of monumentality. Once dried and fired, clay becomes solid ceramic. The transition of the material from shapeable to enduring suggests a new way of remembrance, a monument of materialized traces. hades96 is a materialized gesture. “The works signalize a longing for stability and permanence yet function as frozen witnesses of an unraveled world”, Tahnee explains.

The sculptures’ fingers, pointing upwards, also form a grid emphasizing the idea of permeability. Depending on the perspective and the angle to look at the sculpture new views evolve and the texture, light and shadow interplay. The coating of the fingers with wax results in a matt texture in contrast to the shining glazed surface and makes up a unique interaction. All this gives the objects a powerful but also versatile and fine expression. 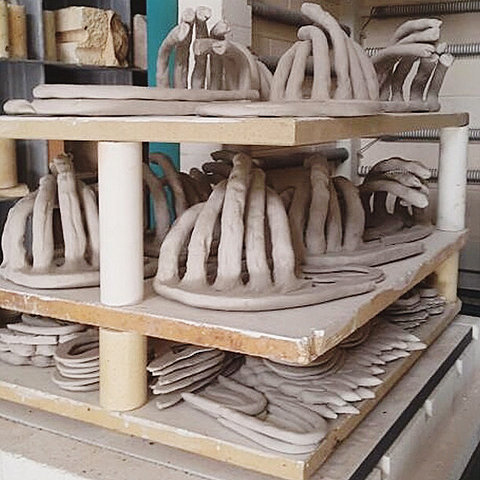 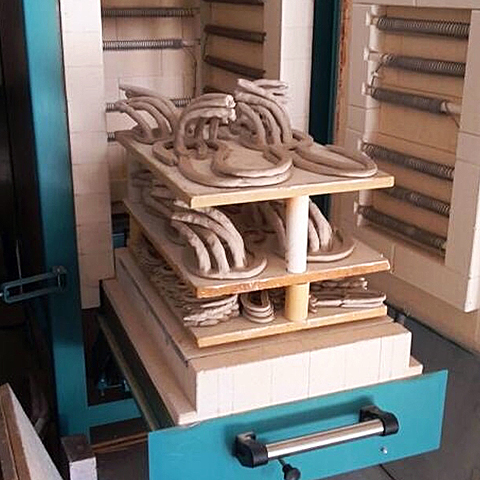 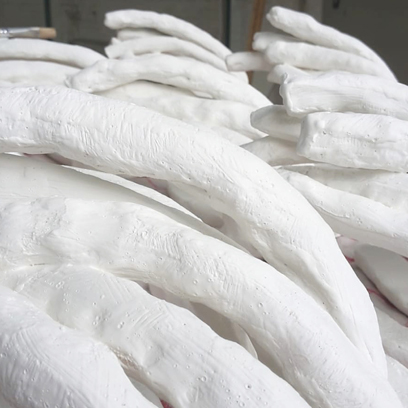 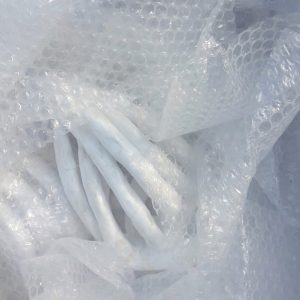 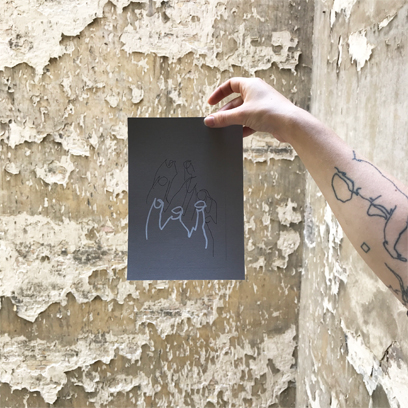 Other works by Tahnee: 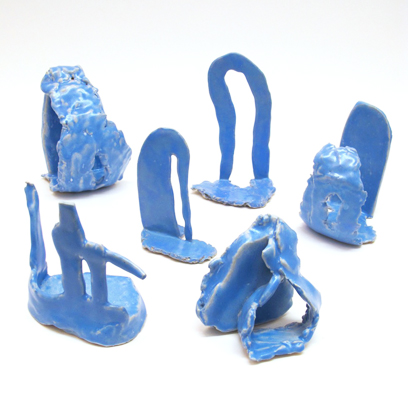 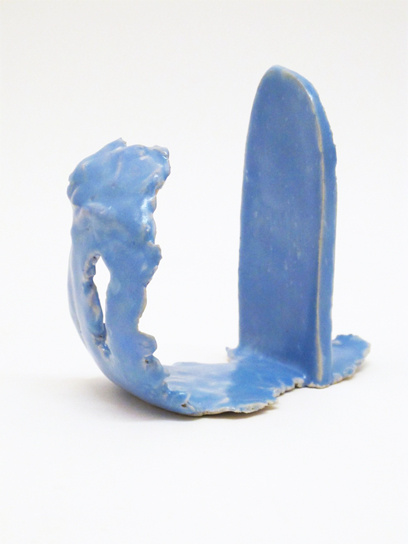 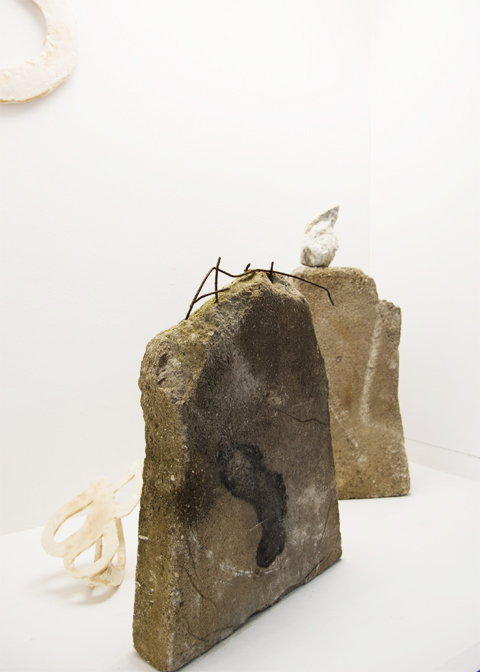 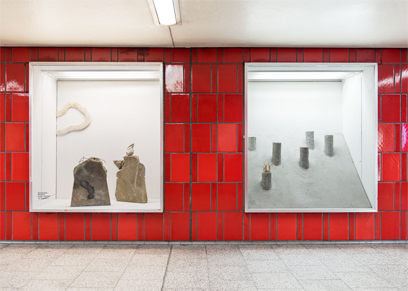 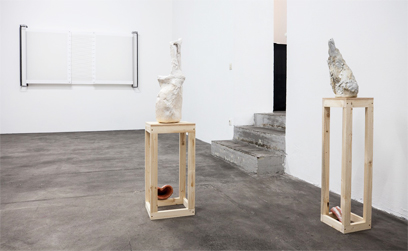 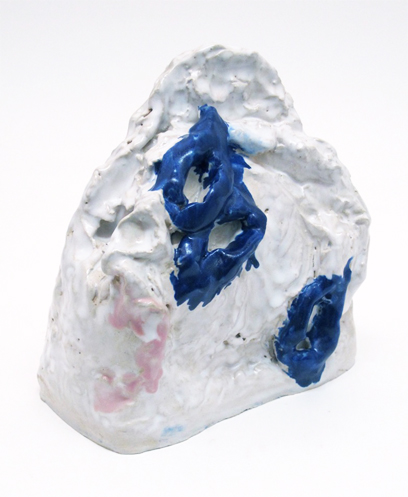 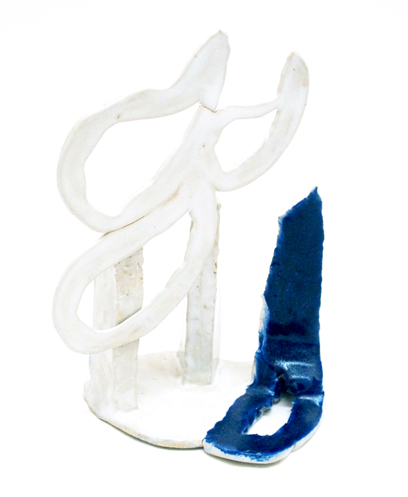